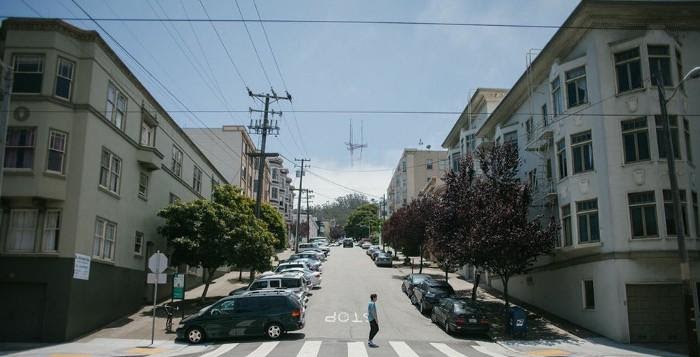 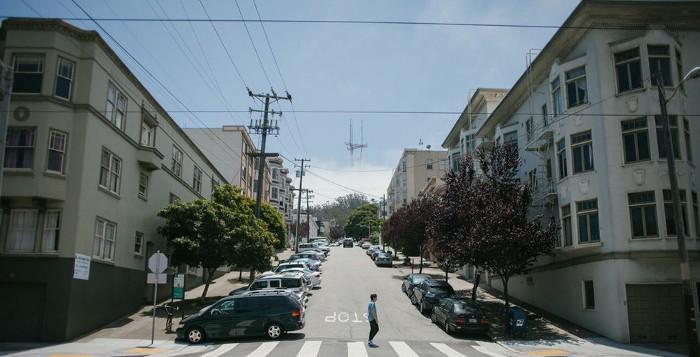 If you talk to the people who live there, Cole Valley may seem too good to be true. But it isn’t – it’s real enough.

“San Francisco’s Cole Valley is tucked away at the south-eastern end of Golden Gate Park in the geographical center of the City. It is a neighborhood that defines charm. Shady, tree-lined streets and well maintained homes offer up a quiet slice of San Francisco life. . . . Despite its proximity to the Haight, anyone who has spent time in this small community in San Francisco knows Cole Valley has a distinct character all its own. ‘Community’ is the operative word of this particular San Francisco real estate.”

Really, about the only drawback to moving to Cole Valley – for home buyers, that is – is the relatively high prices of homes coupled with low inventory.  Otherwise, residents seem to love it. 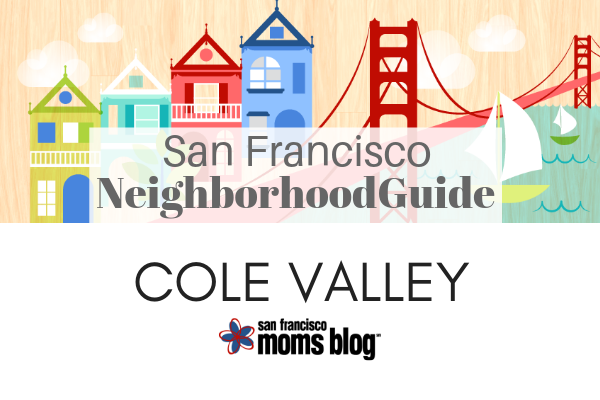 Let’s first let a Cole Valley resident tell us what it’s like . . .

“When I moved back to San Francisco in 2006 . . . I was desperate for an apartment. I took the first one I saw, as it was love at first sight. What I didn’t realize when I signed the lease was that I’d also fall in love with a little neighborhood called Cole Valley.

“Now I can’t imagine living anywhere else. Not only am I steps away from Haight-Ashbury, blocks from Golden Gate Park, and a few short miles from the ocean, but also I live in a neighborhood that feels like a small town right in the middle of a city that isn’t always known for its friendliness. Restaurant and shop owners remember their patrons. Neighbors say hello to each other. And whether I just need to run errands, grab a coffee, or meet friends for a meal, I can do it all within a two-block radius, with several options for each.”

But is this neighborhood with a population of about 2,370 really all that great?

The smallest neighborhood in San Francisco, Cole Valley is situated in the middle of prominent landmarks – Golden Gate Park to the north, Twin Peaks on the south, Haight-Ashbury northeastward, and The Castro to the east. The main commercial strip is a three-block stretch of Cole Street and a portion of Carl Street, which boasts over a dozen cafes and restaurants.

Cole Valley coalesced around the streetcar stop at the entrance of the Sunset Tunnel located at the intersection of Cole Street and Carl Street. And this remains the center of Cole Valley’s business district, where the N Judah light rail line still stops.

This unique San Francisco neighborhood was a popular spot for dot-commers during the late 1990s and is still home to many young professionals. Today, “[r]esidents are largely families and young professionals, though there is no trace of the snootiness that has affected other parts of the city. Most of the businesses in Cole Valley are of the mom-and-pop variety, in lieu of chain stores or franchises, and shop owners are outwardly supportive of each other.”

One of the defining characteristics of Cole Valley is the plethora (for such a small area) of restaurants, cafes, and specialty shops, as well as historic spots and traces of celebrities.

“Food and coffee are the specialties in Cole Valley, as in San Francisco in general. . . . Zazie, for instance, is a magnet for locals on weekends for brunch. For historians and old-timers, traces of Cole Valley’s past are still visible. Above the Crepes on Cole awning, along the Carl Street side, remains the old sign for the Other Café, a comedy spot where Robin Williams and Dana Carvey performed before they hit the big time. Even more historic are the photos in the Kezar Bar and Restaurant dating from the early 1900s, when the region was home to dairy farms.”

The reason for these prices is both simple and a plus: “Cole Valley is very expensive because, for one thing, very little comes on the market. People who are there are there to stay.” 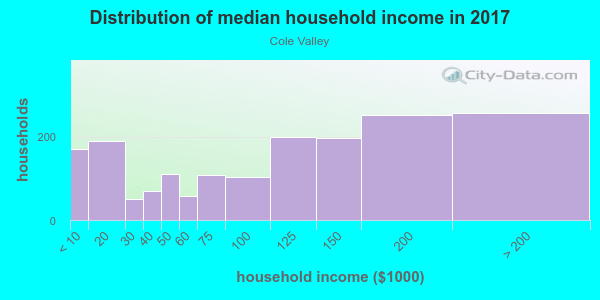 Over 26% of Cole Valley residents have a bachelor’s degree or higher, and the public schools have earned an A- rating. You can also choose from among several private-school options.

“[M]many families with young children choose Cole Valley because of Grattan Elementary, where 56 percent of third-graders taking the California Smarter Balanced Assessment Exam during the 2018-19 school year met benchmarks for English language arts, compared with 52 percent in the school district and 49 percent across California. In math, 60 percent met benchmarks, compared with 58 percent across the school district and 50 percent statewide.”

Both access to/options for public transportation and walkability are rated as good, better than in many San Francisco neighborhoods.

Some Top Draws in Cole Valley

Now, we come to what really sets Cole Valley apart . . . the quaint, quality, and unique shopping, dining, and entertainment opportunities, all easily accessible. 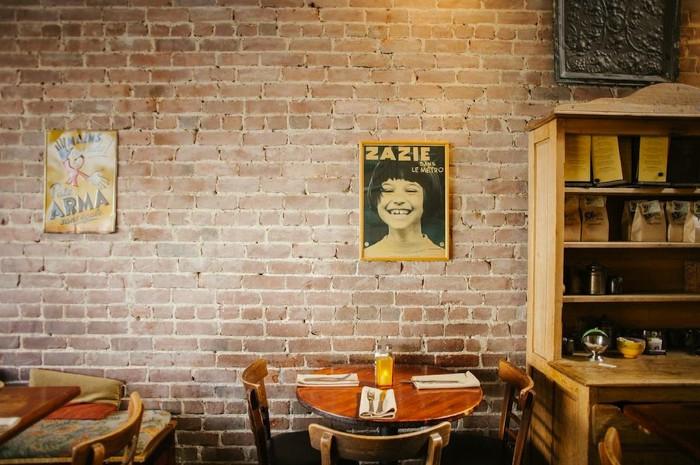 Perhaps Cole Valley’s most well known spot, Zazie is renowned for its brunch – though you’ll likely have a wait. You can also enjoy a Monday-night or Tuesday-night dinner in the heated patio garden. And on Mondays, if you bring your dog, you get $10 off a bottle of wine, as well as treats for your fur baby.

At Say Cheese, a family-owned business, you can get your party or celebration supplies – cheese, wine, and/or charcuterie. Or you can simply enjoy one of their delicious sandwiches, for example, “the Jambon Gruyere with French butter on a Dutch crunch roll), once you take your first bite, there will actually be no need for anyone to say cheese ’cause you’ll already be smiling from ear to ear.”

Cole Valley Dog Park “is great for two reasons: it provides a shortcut from Clayton Street to Cole Street behind the N Judah tracks, and it’s a perfect place for locals to take their dogs.” You may have to contend with mud at times, but the people are friendly, and there are “Wine Wednesdays.” 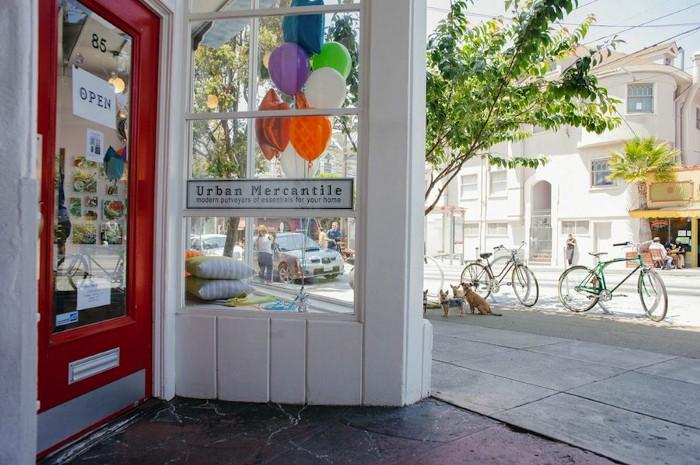 Billed as “fine goods and gifts” shop, Urban Mercantile is owned and managed by a former art director. Offerings available for your perusal include “stationery, linens, pillows, trays, ceramics, and more for the whimsical and elegant home.” It’s not unusual for people to come intending to buy gifts for family or friends and walking out with something for themselves as well.

Cole Valley rates high in most areas, earning from Niche.com an overall A+, with an A- for public schools, an A with respect to being a good neighborhood for families, an A+ for nightlife, and a B concerning diversity. It does, however, come in a little lower for housing and crime/safety, C- and C+ respectively.

And here are more reasons why Cole Valley residents are there to stay:

“Cole Valley is a small neighborhood with a small-town attitude just south of the Haight. The two neighborhoods blend into each other and the commercial hubs for both are accessible by foot, giving this mellow residential spot the added benefit of being moments away from the action, so residents here get the best of both worlds.”

So, if you don’t mind the price of the homes, there’s not much not to love about Cole Valley.