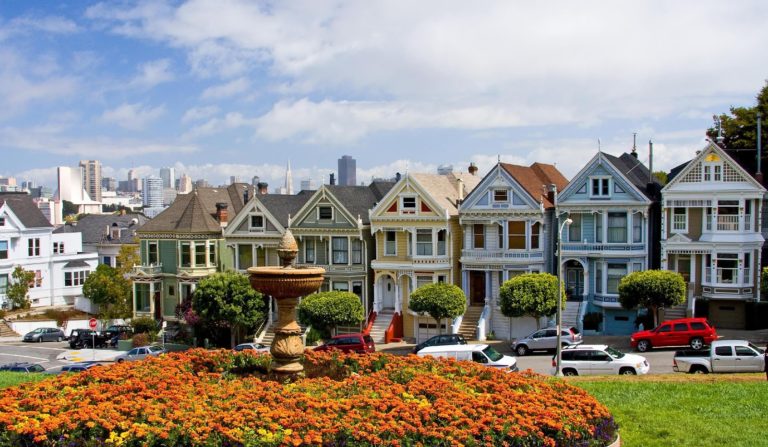 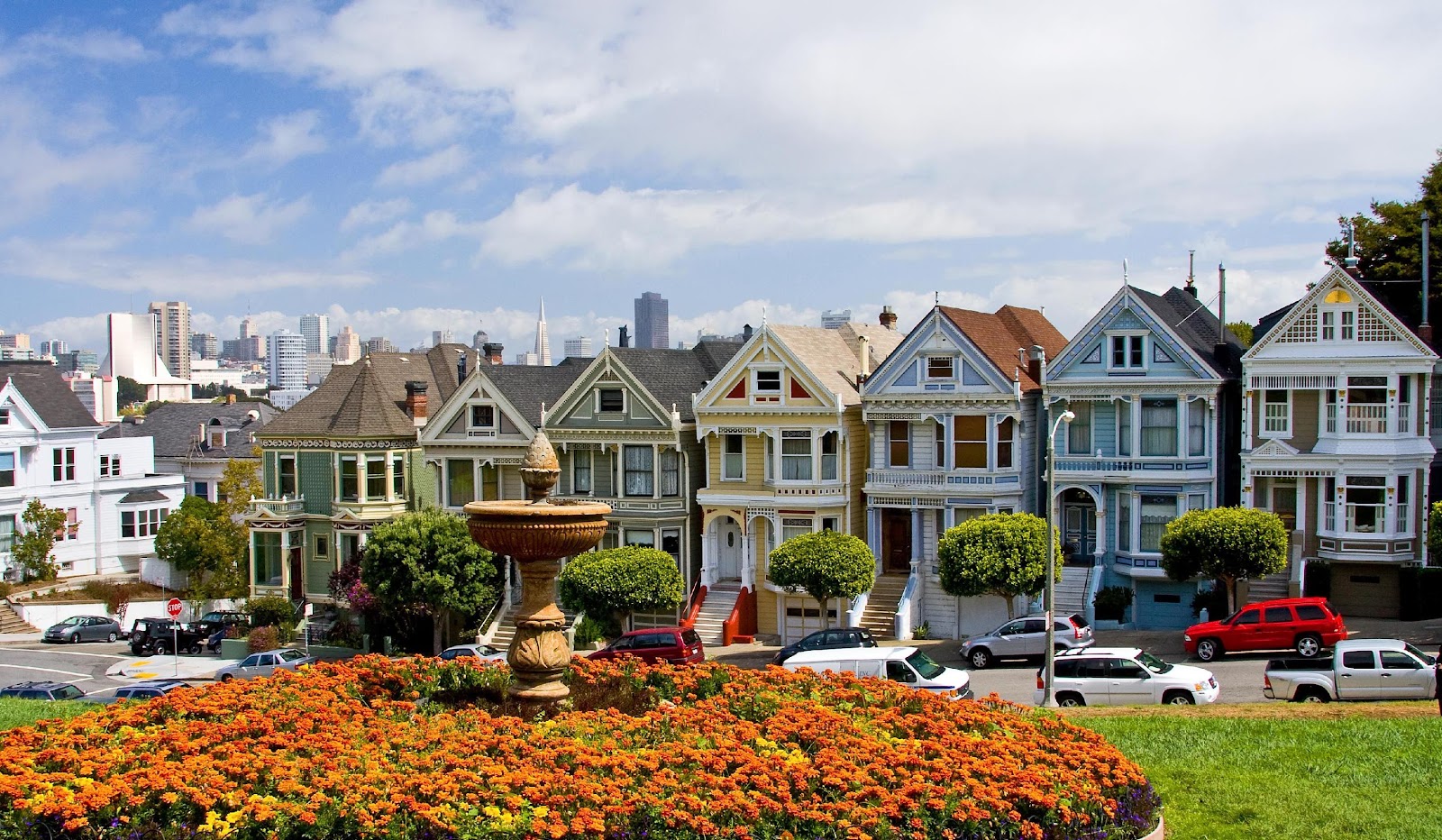 Duboce Triangle, although small, has much to offer with respect to location and amenities.

“One of the tiniest [neighborhoods in San Francisco], tree-lined Duboce Triangle is home to the doggiest of dog parks at Duboce Park (host to the annual DogFest), the Harvey Milk Rec Center (complete with state-of-the-art photography lab), and the perfectly charming bistro, L’Ardoise. Add to that the adjacencies to Lower Haight and Castro bars and all MUNI train lines, and it’s nearly perfect.”

Another assessment of Duboce Triangle calls it the “geographic and functional crossroads connecting several key neighborhoods – nearly every Muni train passes through either above or below ground. Duboce Triangle lacks its own commercial thoroughfare, being more the glue to those adjacent to it. The rectangular stretch of lawn that is Duboce Park makes dogs happy. The well preserved Victorians make residents happy.”

Transit rich and pedestrian friendly, Duboce Triangle is a quiet enclave with Victorians and Edwardians, a picturesque park, and plenty of entertainment options nearby. But it does have a couple of drawbacks, and we’ll get to those. 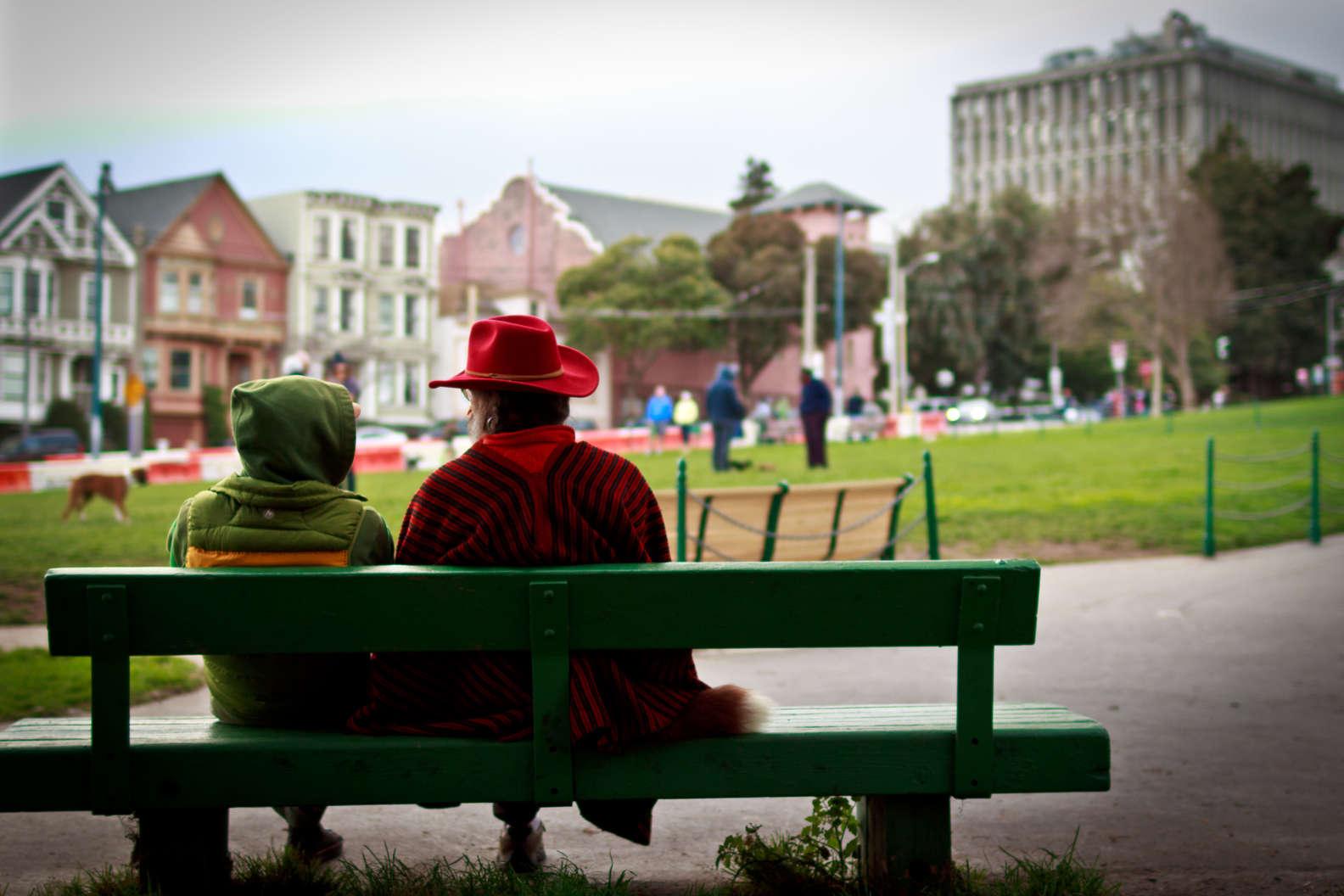 Duboce Triangle is, as the name indicates, a small triangular-shaped San Francisco Neighborhood nestled between Castro, Market, and Duboce Streets. It is, as we said, pedestrian friendly with plenty of public-transit options, perfect for those who don’t own a car, with a lovely park that’s great for kids and dogs.  And very close by there are opportunities for dining, entertainment, and shopping.

Located very near the center of San Francisco, Duboce Park is situated just below Buena Vista Park’s slopes and between the Castro/Eureka Valley and the Mission District. In addition, this neighborhood experiences less fog than many San Francisco neighborhoods. It is also known as Mint Hill owing to the United States Mint close by.

Duboce Triangle is especially noted for its parks – Duboce Park in particular and several smaller “pocket parks” – providing plenty of public green spaces and landscaped sidewalks. The many Victorian flats and apartment buildings are well maintained, a result of the renovation chosen over replacement. 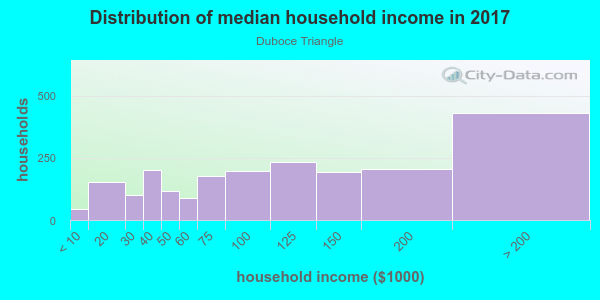 The median home value in Duboce Triangle is fairly high at $1,142,440, and median rent is $1,945. Twenty-nine percent of residents are homeowners while 71% rent.

And here’s how Niche.com rates/grades Duboce Triangle on various aspects of livability:

How Duboce Park Came to Be 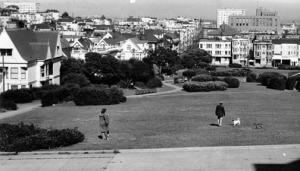 Duboce Park is probably the gem of Duboce Triangle, and it has a rather interesting history . . .

Originally meant as a site for a hospital, the area that is now Duboce Park was designated a “public reservation” and was labeled a hospital site on an 1861 engineer’s map. In the latter part of the 1800s, it was leased to the San Francisco Female Hospital, but the building was never constructed.

Then, “Colonel Victor D. Duboce, who served with the First California Volunteers in the Spanish-America War, was elected to the Board of Supervisors on his return. Shortly thereafter he died, on August 15, 1900 and was buried in the National Cemetery at the Presidio. In passing a resolution extolling his ‘high character, loyalty, and amiable disposition,’ the Supervisors changed the name of Ridley Street to Duboce Street and turned the old hospital reservation into Duboce Park.”

Duboce Park was dedicated on September 9, 1900. “Amid the boom of a cannon and cheers of the crowd, the president of the Duboce Park Improvement Club introduced Mayor James Phelan who complimented the club for its work in securing the old hospital lot and spoke with feeling of the late Colonel Duboce, saying that the park was ‘a fitting tribute to the hero’s memory.’ The Mayor promised to expedite the $5,000 appropriation requested by the Improvement Club, and in 1901, Duboce Park was under construction with a budget of $4798.56.”

In the aftermath of the 1906 earthquake, Duboce Park “became “Tent City’ for earthquake refugees. “[T]hereafter it stayed out of the news until the July 1969 Examiner story headlined ‘Duboce Group Raps Inaction on Park.’” The thrust of the story was that city officials weren’t prioritizing the park and providing needed funding.

After that the city took action and, among other improvements, erected a safety fence. And later, “[o]n May 26, 1979, the Recreational Arts Building was renamed the Harvey Milk Recreational Center in honor of the slain supervisor. One year later, after controversies about its placement were resolved, Johanna Poething’s famous Harvey Milk Mural, faced Duboce Street when it was unveiled and dedicated.”

Although Duboce Triangle’s small size limits what is actually available in the neighborhood, almost everything you need is close by, often within short walking distance . . .

Of course, we should start with Duboce Park, between Scott Street and Steiner Street and a great place for dogs, kids, and families.

“[M]any local residents bring their dogs here to play and socialize. At any given time, there are ten to twenty dogs running around, but whether you have a dog or not, there is something at Duboce Park for you. The park spans a full block, with a small portion dedicated to the dog park, and the rest of the park is an open space for people to spread out blankets, picnic, read a book, or play a game. There is also a small playground for children, and it is close to the Sunset Tunnel Muni stop on the N-Line.”

This is a popular bike route that begins at Market and Duboce, runs through the Lower Haight all the way to the Panhandle, and has its terminus at Golden Gate Park. It’s great for riders who want to take a leisurely pace and enjoy the city because it is well marked, encounters little auto traffic, and is fairly flat. It’s also popular with runners owing to the paucity of stop lights and abundance of crosswalks.

Redolent of the World War II era and decorated with 1940S artifacts, Churchill is a great place to have a drink with atmosphere. Daily happy hour lasts till 7:00 pm, and you can $4.00 beers in mason jars and, of course, other drink specials. You can also make reservations for large parties.

Located at 151 Noe Street, L’ardoise Bistro is the place to get a gourmet meal. “L’ardoise showcases traditional French dishes in a small, intimate atmosphere. The restaurant seats less than 40 people, so be sure to make a reservation. L’ardoise is known for its impeccable service and delicious French dishes, like their Duck Confit and Pan Roasted Rack of Lamb.” 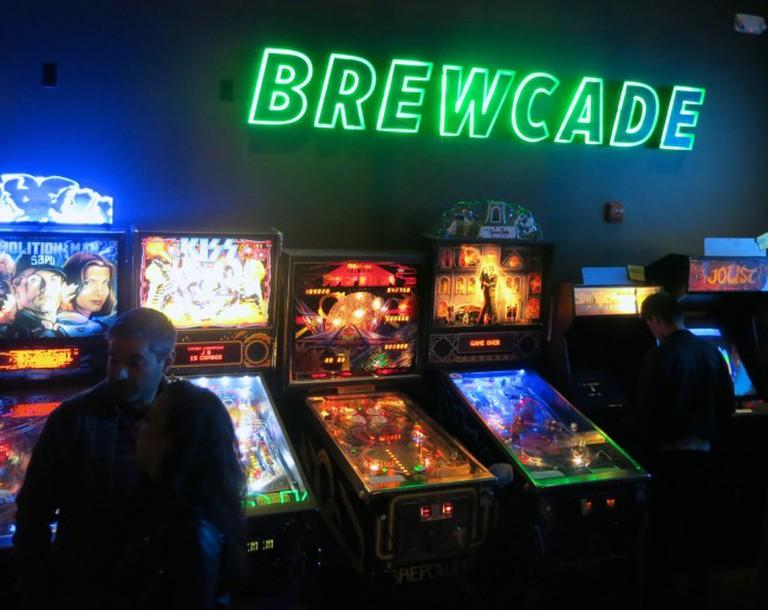 If you’re hankering for a game and a drink, Brewcade Arcade Bar has you covered. “With classic arcade games like Pac-Man, Street Fighters, and Area 51, you will have no problem connecting with your inner-child. If arcade games aren’t your scene, sit outside and play a game of chess or play on one of the many pinball machines. Before you play, grab a drink from the bar – they have a large assortment of beers and a wine slushie (it sounds odd, but regulars swear by it!).”

“Super Duper Burger,” it’s said, “is what you get men In-n-Out meet casual dining.” It’s known for offering top-quality burgers and a wide selection while still keeping things simple and comfortable. “Try their four-cheese burger and garlic fries with all of the sauces available for an authentic San Francisco treat. In addition to burgers and fries, Super Duper Burger also features a self-serve pickle bar, fresh pecan pie, and soft-serve ice cream. There is frequently a line, but it moves quickly, and seating is usually available.”

Here, in the association’s own words, is what they are and aim to accomplish . . .

The DTNA works to accomplish these admirable goals by means of:

But there are, as we indicated early on, a couple of emerging drawbacks to living in Duboce Triangle. They aren’t that major, but we’d be remiss if we didn’t mention them.

First, crime is slightly on the rise in the area. Most commonly it is auto vandalism and some random acts of violence.

And, second, there is a needle-exchange program that takes place behind the Market Street Safeway on Tuesdays. So you may encounter discarded hypodermics in the neighborhood.

So, is Duboce Triangle, even considering the drawbacks, a good place to live?

Well, this is, after all, San Francisco. The cons of this neighborhood are fairly minor when you consider the city as a whole and other far less desirable neighborhoods.

But, as the Duboce Triangle resident quoted at the beginning said, when you take into account the parks, the dining and other amenities, the proximity of Lower Haight and the Castro, and the MUNI train lines . . . “it’s nearly perfect.”

So, yes, all things considered, Duboce Triangle is a great place to live.